Impetigo - How Long Does It Last? I have impetigo. I've been on oral antibiotics for 3 days and the area is still weeping with fluid. I keep it covered with gauze and tape, but it doesn't seem to want to quit weeping? I apply anti-itch cream to it as well and a little Aquaphor to the bandage so that it won't stick to the skin when I clean the wound. Now I have tiny (pore size) white bumps all around my nose area? Will this ever quit? How can I get rid of this? My friend is telling me that I should let the wound breathe a little, but when I do, I get the large crusted stuff around it and it is bothersome. Do I keep it covered or do I let it breathe?

My husband has had a skin condition for over 20 years and seen many doctors, none of which can tell him what he has. If his chest or neck gets scratched or his skin rubbed off it develops into what looks like a blistering wound that grows and oozes yellow puss. He has ended up with a staph and strep infection two times in 6 months. We have drastically changed his diet the past few years, but when his skin is really bad he ends up with a prescription steroid cream. I just read today about the dangers of these creams. This go round he has taken goldenseal and oregan grape root to prevent infection and applied a salve with myrrh and goldenseal, yet it would not heal, hence he ended up with the cream. These places on his skin can grow to as big as his hand and when he moves his skin cracks and bleeds, it looks very painful and as a highway patrolman he has to wear a bullet proof vest which causes heat buildup. Do you think any of the creams you recommend would help? His condition is not dry skin, but oozing wounds that will not heal, that either come up on their own or when he gets scratched or bumped and his skin rubs off. Also, today he noticed bumps under his skin on his fingers that he sometimes gets, they are tender. What could that be? We feel after reading the article about steroids creams and the rebound effect that another break out is likely to occur soon. We really desire to get out of the cycle and only use natural things and see his skin heal. I am sorry this is so long, but I really long for some advice and direction. Thank you for any response you could give.

My child was prescribed Aldara for facial warts. Impetigo seemed to develop in areas and the doctor then prescribed Fucidin H. Areas of redness have never subsided on his chin and cheeks. In his entire life (until a few small warts appeared--hpv) he had never even had sensitive skin. Now we are struggling to keep redness in the same patches under control, without any success. We live in Canada and the weather has been extreme, which seems to exacerbate the problem now. We do not use any Aldara anymore, and never will again. He doesn't have any more open sores on his face anymore but we need help to make it appear healthy like it used to be. Thanks so much.

Special Note:  Some of our customers who have provided a testimonial  have received a free product for their kind contribution. 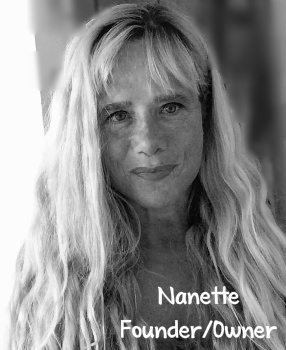 Or Check Out Now